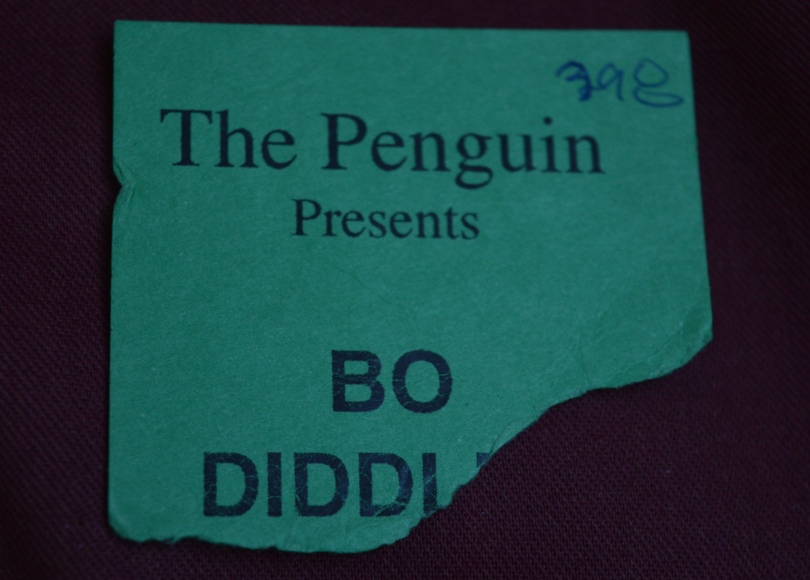 The Penguin was a great venue, small, good staff, great sound and sight lines.  It was the only bar along Elgin Street that regularly featured live music.  Mark Monohan ran the place, and he booked pretty amazing acts for the size of the room.  I’m sure it was great training for his current gig as Artistic Director of RBC Ottawa Bluesfest.

I’m honoured to have had the chance to see Mr. Diddley, and yes, he played that strange square guitar of his.  It’s not very often you get to sit in a club and hear a man play a rhythm that is actually named after him; the Bo Diddley beat.

And then all of a sudden he stopped playing and shouted into the mic, “Thank-you, good night!” and walked off the stage.  No bow, no encore, just a broken promise and three-quarters of an hour of classic blues gold.

Bo Diddley has left the building.